Hello readers & two-wheeler enthusiasts, hope you are doing good, and we welcome you to yet another fresh blog at MotorBhai. In India, buying a car remains one of the most prominent dreams in every middle-class family after investing in property & it is indeed a special investment. With about approximately 35,000 second-hand car dealers in India, The second-hand car market today is providing its customers with a huge variety of cars, from all the segments and it is pretty obvious that a buyer who has no clue about automobiles is sure to get confused about which car to buy and which one is the best for him.

But before getting excited to know about the various cars available, we must make sure that we are not being sold a vehicle that just looks good physically and requires a lot of work under the hood. For this issue, we have made a separate blog, telling you about different frauds in the second-hand car market and how you can save yourself from them! You can check it out here.

Well today, we would be talking about some highly demanding cars in the second-hand market, and what should be your requirements if you are looking forward to buying any of them. Please note, this does not mean you will buy any of the below-mentioned cars blindfolded from a dealer by just relying on us, A complete checkup is indeed required with a paid mechanic of each parameter of the car, and you must also drive the vehicle for a good number of KMS to ensure that everything is working well. So, without further wasting any more time, let us get started! 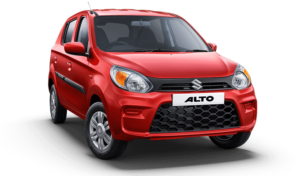 India’s most selling which car has recently been dethroned by the Swift in the sales chart, it has been consistently in the top 5 most selling cars of the month, for even a decade now. A great car for someone who wants to learn driving, it also gives great fuel economy (15-18 km/l) too depending upon your driving style. Install a CNG kit and you just do not need to worry about the rising fuel prices. Being a Maruti Suzuki, availability of parts is not at all an issue, and it even has a better resale value, than some of its rivals. Will cost you anywhere around ₹1 lakh to ₹3 lakh. 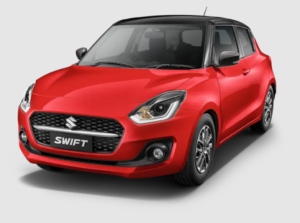 India’s most loved and the most popular hatchback, the swift is a great car to have, and it is undoubtedly one of the most demanding cars in the second-hand car market. The Swift is available in both petrol & diesel, although the diesel engine is discontinued due to the current BS-6 emission norms currently. The Swift is a great car for those who want a car with great driving dynamics and handling with the trust & reliability of Maruti Suzuki. The 3rd generation swift should be your choice if you are looking for great fuel efficiency as it is based on the Heartect platform. This new platform has both its pros and cons which we will discover in future blogs. The Swift also has an added advantage as it has a huge potential for tuning and engine remapping for both its petrol and diesel engine aftermarket, which is why it is also an enthusiasts’ favorite! A used Swift will cost you anywhere starting from approximately ₹2 lakh- ₹6 lakh depending upon its generation, situation and upkeep.

Hyundai’s player against the segment leader Swift may not be as evolving to drive, but it proves to be very practical and more feature-loaded than the Swift at the same price bracket. Available in both petrol & diesel, the Grand i10 has also been in high demand in the second-hand car market ever since and is a great purchase for someone who is looking forward to buying his/her first car. Comes with reliability and great after-service of Hyundai, so upkeep is not at all issue. Currently on sale in its 3rd generation, the Grand i10 will cost you anywhere around ₹2 lakh- ₹6 lakh in the second-hand market depending upon its generation, situation, and upkeep.

If we talk about practicality and do not mention about the WagonR, that would be injustice, the original tall-boy design car from Maruti Suzuki, it has been in India since a very long time and there would be near to no people who have not heard its name. Such is the popularity of the WagonR. A highly reliable and fuel-efficient car from Maruti Suzuki, it still sells in large numbers even in 2021 in its 4th gen avatar and manages to be in the top 5 of the sales charts. Available in petrol & factory fitted CNG options, the WagonR is value for money car which is very easy to upkeep if not the most fun to drive. Available in most of the second-hand dealers, the WagonR would cost you anywhere around ₹1.5 lakh to ₹4 lakh depending upon its model, situation, and upkeep. 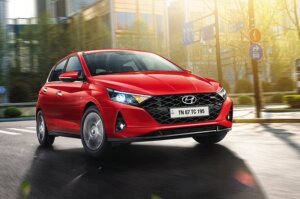 The third generation Hyundai i-20

The car which started the “premium hatchback” segment in India is now in its 3rd generation and has proved to be a great success for Hyundai India. Stunning looks, tons of features, great engine options and the reliability of Hyundai makes it almost the complete hatchback for the urban India. The i20 has a great fan following among youngsters and is in great demand in the second-hand markets as well. Just like the Swift, it also has a great after-market support for accessories, engine tuning etc. which makes it a tuner’s favorite as well, but sadly the i20 cannot match the driving dynamics of the Swift or say the Volkswagen Polo. Available both in petrol & diesel, the i20 will cost you anywhere around ₹2 lakh -₹ 6 lakh approximately depending on the variant, condition & upkeep. 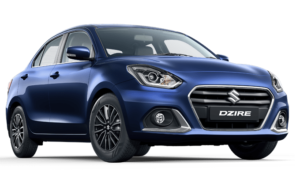 Another successful and one of the highest selling cars in India from the Maruti Suzuki stable, The Dzire has been the king of compact sedans for a long time now and is a great family car and used to come with both petrol & diesel engines, but the current 3rd generation comes with only a single petrol engine same as the Swift due to the BS-6 emission norms. Both 2nd and 3rd have been in great demands in the second-hand market and are available starting anywhere from ₹2.5 lakh-₹ 6lakhs depending upon the condition, variant and the Kms driven. The Dzire is also highly demanding in the commercial fleet market. 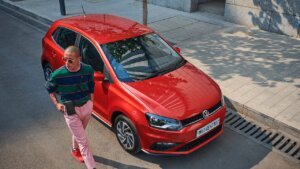 One of the oldest products from Volkswagen, which is almost a decade old now, and is still unchanged today, but you cannot mistake the fact that this beast still offers the best driving dynamics, handling & built quality even if you compare it with the rivals even today! The Polo currently comes with a great 1.0 turbocharged TSI engine, but as we have mentioned earlier this product still offers the best driving dynamics among its rivals & that is why it also has a huge demand in the second-hand market, and there are even a ton of modifications available for this vehicle, be it with the engine, accessories or the body kits, you name it, it is available. Another reason why the Polo commands a high demand in the second-hand market is because of its various engine options which it used to come in like the 1.5 TDI diesel mill with the DSG, 1.2 Turbocharged Petrol with the DSG or the 1.6 Diesel which were a gem and fabulous to drive, but have been discontinued now by Volkswagen, and you can only get it from the second-hand dealers now. One downside though, of buying a Polo is the fact that you must be extra careful while choosing a Polo especially Automatic variants as the parts are not as cheap as say a Hyundai or a Maruti. And a part breakage might burn a hole in your pocket in no time. Also, the service cost is higher as compared to its rivals, but the service intervals are longer. Depending on the condition, variants and Kms driven you can get a Polo anywhere between ₹2.5 lakh-₹ 7lakhs approximately. 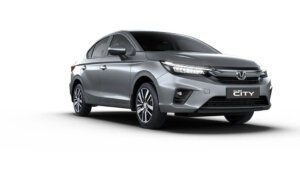 The Honda City in its 5th generation.

The Honda City has set the benchmark quite high in terms of comfort, driving pleasure, refinement in the executive sedan segment over the decades, and is still one of the most desirable sedans available in the Indian market. The City used to come only in petrol till its 4th generation, which is the best in segment without a doubt, but with the 5th generation Honda has also given it a 1.5 litre diesel engine to help boost sales. The City has a great resale value as well, and hence it also commands a great demand in the second-hand market. Depending on the condition, variants and Kms driven you can get a City anywhere between ₹4 lakh-₹ 9lakhs approximately. 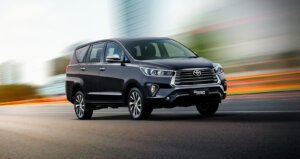 The Innova has been the king of the MUV segment since a very long time and it has all the right reasons for it, be it space, power, or the seating capacity, and hence it proves to be one of the most versatile vehicles for touring long distances. The Innova is also one of the most successful vehicles which is used for commercial purpose and fleet and is currently in its 3rd generation. Hence the demand for it is pretty good in the second-hand market, and it comes with the reliability of Toyota. Will cost you anywhere around ₹7-14 lakhs depending on the condition, variants and Kms driven.

With this we would like to end this article here, we hope you have liked this article till here and you also agree with our choices, if you have any more suggestions, feel free to mention them in the comments section below, and also share you views if you have owned any of the vehicles which are mentioned in the list.

Also do not forget to check out MotorBhai if you are looking forward to buying or selling completely certified two-wheelers with complete documents. We would see you in yet another article really soon, till then Take care & Ride Safe!