How to take care of the self start of your two-wheeler.

Uncategorized How to take care of the self start of your two-wheeler.

Self-start in two-wheelers is one of the most useful features which has made riding even more convenient in city and day to day commutes. Today, we would be looking at some ways by which we can assure that the self-start of your bike lasts for a longer time and does not get affected in the long run.

How to prevent the self-start from being damaged. 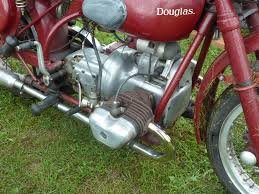 Always start your bike by kick start rather than self-start or push button start, when it is the first start of the day, mostly in morning. The primary reason being that, in the night, a lower temperature makes the ambient temperature of the bike low and hence, it is difficult to start the bike. And if we start the bike from the self-start system at this time, the starter requires extra effort to draw the current from the battery due to lack of friction, hence it puts more load on the starter. Also, the battery is also in inactive state as the temperature is quite low.

Once the bike starts, it is also advised to let it warm for some time before riding, for the betterment of the carburetor system.

Regular and timely service of your bike from a professional and authorized service center will prevent any sort of damage, and they will also inform you about any minor defect which could later cause a bigger problem in the future, not only for self- start system but also for other parts as well. Always get the components of the starter system checked during the service for longevity of the self-start system.

Avoiding using the self-start unnecessarily, like when the bike’s ignition is already ON, if it is making weird sounds on using or using it when it is not functioning properly. This could lead to more wear and tear of the self-start system.

With this we hope we have well informed you about all the precautions you should take for the longevity of your self-start system. You can read about other maintenance tips about two-wheeler here on our website as well.  If you feel we have missed out any crucial point or you would like to add up your own views or any kind of feedback, please feel free to mention them in the comments section below. We highly appreciate your feedback.

Also, if you are planning to purchase or sell a second-hand two-wheeler from a trusted and        genuine source, with all the complete documents and insurance, do not forget to check out www.motorbhai.com for the best deals possible for your bike & from their wide range of two- wheelers which are inspected in each perimeter. And with this we would like to end this article here, and we hope to see you soon in yet another information filled blog real soon.

You can also check out more of our articles here.

Till then Ride safe & Stay healthy!