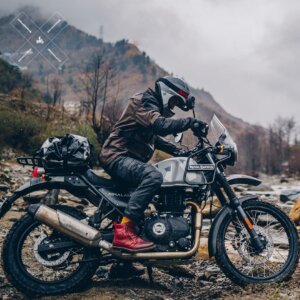 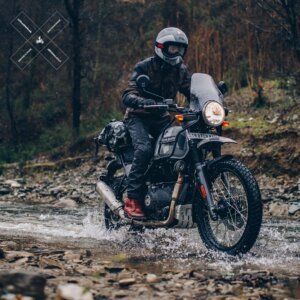 But today we would be pitting it against a bike which is a segment below but has been engineered for the same purpose, and we are talking about none other than the Hero Xpulse 200! The Hero Xpulse is lighter, capable & most importantly affordable than the Himalayan but would it be able to convince us that if it is desirable enough as a complete off-road motorcycle? We will find this out today! 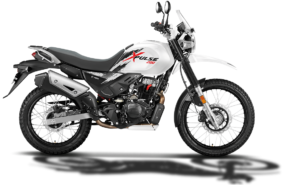 Welcome to yet another  blog at MotorBhai, we hope our readers would be doing fine, & would be in pink of their health. Today we would be pitting the Hero Xpulse 200 against the Royal Enfield Himalayan, The Himalayan costs a good ₹80,000 more than the Xpulse, (ex-showroom) and even has a bigger engine, but that does not stop us from comparing them, and the main motive of comparing these bikes today would be to find if the Xpulse would be able to challenge the Himalayan or not, & do all those things which the Himalayan can do at a much lesser price. We would be discussing these bikes on the following criteria’s before concluding,

So, without further wasting any time we would be starting with the comparison starting with basic dimensions and moving on with engine configurations, so let us get started right away!

On paper, the Himalayan indeed has the more powerful engine on offer, almost double the capacity of the Xpulse, but we must keep in mind that it is also the heavier bike of the two by 40 Kgs & this is where the power-to-weight ratio comes into play. We will discuss this in the performance section further. 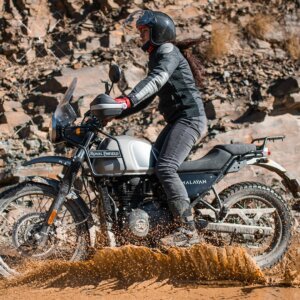 We all know how good the Himalayan is as an off-roader and there are no two ways about it, It’s extra torque and power thanks to its bigger engine, longer suspension travel over the Xpulse does help it in its case, and it is also the better bike if you want to have a standing posture while riding it, thanks to its foot pegs which are comparatively lower and offer better ergonomics. The seat height is also lesser too, that means its better suited to both tall as well as short riders but obviously it is comparatively difficult to manage because of the extra weight. One downside of being the foot pegs lower on the Himalayan is that it may hit with rocks and other objects on the ground which is not at all a problem with the Xpulse as they are a little higher up. 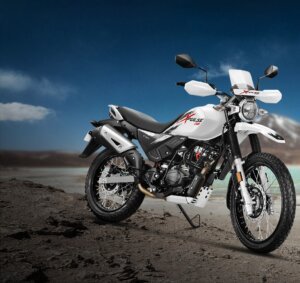 The Xpulse on the other hand just glides over the worst of the roads, & also being lighter of the two, it just feels easier to ride and handle in off-road situations. Also, the 200cc single-cylinder producing 17.8 BHP & 16.45 NM will not leave you wanting for power, and is quite powerful. Also, the Himalayan has taller gearing, so you have to keep working with the gears constantly as well. This is not the case with Xpulse & it is surprisingly easier to ride in off-road situations! 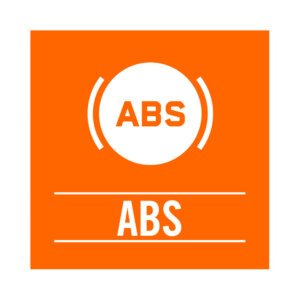 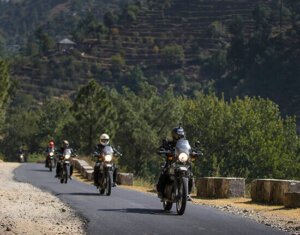 The tall gearing of the Himalayan proved to be a negative in the off-road situations, but that just proves to be a positive point when you are cruising on a highway, and with that bigger engine you always have that power with you, and cruising at triple-digit speeds is not an issue at all. You can cruise at 100Kmph at just 5000RPM. The vibrations on the foot pegs, fuel tank are minimized to a great extent by Royal Enfield standards, but they do leave room for more improvement overall. And the Hero Xpulse is just the better bike here with lesser vibrations & a more refined engine unless you thrash it too hard. 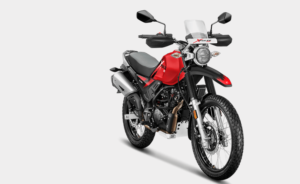 The Hero Xpulse in Red

The Xpulse whereas leaves us wanting for the need of a sixth gear as it revs up to 7000 while cruising at the 100Kmph mark. And there are a lot of vibrations too, and it just does not feel pleasing on open highways. The Himalayan has better ergonomics as well with better seating posture and better placement of the handlebars which makes it very comfortable for longer rides.

Talking of the fuel efficiency, the Xpulse is the more efficient of the two and would return you around 43Kmpl whereas the Himalayan would return you close to around 37.8kmpl. But it’s the Himalayan with which you could cover more distance as it has a bigger fuel tank by 2 liters. And hence it has a greater range of 567Kms as compared to the Xpulse’s 556Kms Note, that these figures are for the highway. And thus the Himalayan proves to be a better touring motorcycle without a doubt.

Now coming again to the gearing part, the short gearing of the Xpulse will help it in its favor in the city and will make it more easier to ride in the city as compared to the Himalayan, where you have to be in low gears constantly. The clutch is also lighter on the Xpulse and even the gears are smoother to operate comparatively, which only helps the Xpulse in its stride. The Xpulse is also lighter among the two, which obviously makes it easier to maneuver in traffic situations. But the Himalayan also does not seem to be as heavy as it seems like, and it manages to mask its weight really well.


The Himalayan’s pillion seat is a much better place to be at, amongst the two. It is much larger, roomier, comfortable & flatter as compared to the Xpulse’s pillion seat which is quite narrow, and you might feel like you are sitting almost on the grab handle. So, if you are planning to take a partner along in your long ride, then the Himalayan is definitely the better choice here! 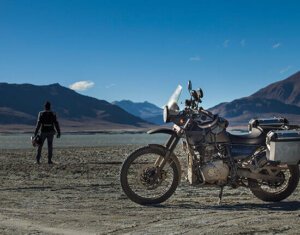 It would be wrong if we talk about adventure tourer motorcycles and do not talk about their suspension, The Himalayan gets Telescopic, 41mm forks, with 200mm travel suspension in the front, whereas in the rear it gets Monoshock with linkage, 180 mm wheel travel. In the Hero Xpulse, you get a Telescopic (37 mm) with Double DU Bush (190 mm Stroke) up front & 10 step Rider-adjustable Monoshock suspension at the rear.

Being adventure tourer motorcycles, both these bikes, do not have much to offer in terms of the feature list. In terms of safety, the Himalayan has Dual Channel ABS as compared to the Xpulse’s single channel ABS which we have already mentioned above. Both the bikes get dual disc brakes set up, although the breaking on the Himalayan is better. The Xpulse also gets kick-start which is missing on the Himalayan. 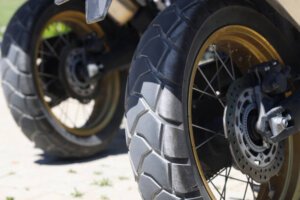 The Himalayan gets a semi-digital instrumental cluster that houses a speedometer, odometer, trip meter, tachometer, Bluetooth connectivity with navigation & a fuel gauge along with a compass. The Xpulse gets a completely digital instrumental cluster which also Bluetooth connectivity and navigation. The Xpulse also gets LED lights on the front along with the main headlamp. Both get adjustable windscreen and common features like a passenger footrest.

The Himalayan has also got some great after-market equipment’s support which aid in long riding like the external fuel tank, panniers, among others and that too manufactured & sold by Royal Enfield itself! So, that is a plus point. The Xpulse gets a slight advantage here as it has Bluetooth connectivity & LEDs but that does not make it a deal-breaker, so both these have got almost the same features.

The Royal Enfield Himalayan is a purposeful motorcycle, which proves to be a great all-rounder with great off-road ability, which it is known for. It has great hardware, ergonomics & has a great riding posture which helps it in its case. Moreover, that extra power from almost that double the capacity engine as compared to the Xpulse, definitely makes it more capable off-road, thanks to that extra torque.

The Hero Xtreme is also a great package overall & is a great engineered product by Hero that too at such a great price, but it would rather seem to be more of a dual-purpose motorcycle to us rather than a complete adventure tourer motorcycle, which can do daily commutes without a hassle and take off-road situations very well too. It can do all those things the Himalayan can do, but in the Himalayan, you will feel way more confident & comfortable while performing those tasks thanks to the bigger engine there. But the Xpulse being almost ₹80,000 cheaper than the Himalayan makes it a great value for money motorcycle without a doubt!

And in the end, we would conclude by saying that it is the Himalayan only, which is the better bike of the two, which has great off-road capability , and offers that enjoyment while covering long routes due to its bigger engine, that beat of the exhaust, and it just feels the better built of the two. 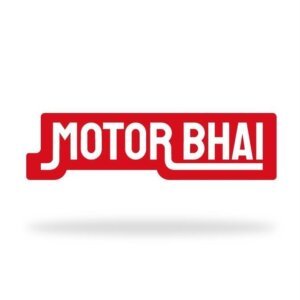 With this, we would like to end this article here & we hope we have helped you in choosing the better bike according to your needs between the two. You can mention your thoughts regarding both the bikes in the comments section below, & please feel free to mention any of the doubts or points if we have missed in the comments section below! Also, do not forget to check out MotorBhai if you are looking forward to buying or selling second-hand two-wheelers from a trusted source at the best prices possible!

We will see you in yet another article soon, till then Stay safe, & Ride Safe!