When can an inspector fine you?

Uncategorized When can an inspector fine you?

Driving in traffic, with discipline is crucial not only for us, but also important for other people’s safety who are travelling on the road, and for maintaining law and order as a responsible citizen. Looking at the high rise in the number of accidents and crimes on road, the traffic police in various states have introduced strict laws and increased fines marginally so that people start abiding by the laws.

Greeting to all our readers at Motorbhai,We hope you are doing fine and are in the best of your health. Road safety has become an important issue for the safety of the people on road and acting upon it, the government has taken strict steps. Today, in this article we will tell you what are the scenarios in which a police officer can fine you on your two-wheeler and what is the increase in fine as compared to the previous ones for breaking the same law.

So, without further wasting any more time, let us get started.

Whenever you are riding a two-wheeler make sure you always carry these 4 documents with you: 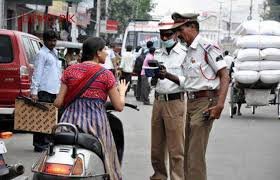 Absence of any of these documents while inspection from a police officer may result in a fine anywhere between ₹2000-₹10,000 or land you for 3 months in prison, according to the newly revised laws. Earlier it was ₹500- ₹2000 depending on the document.

“Speed thrills but kills” this slang is very true as overspeeding is a major cause of deaths and accidents happening on Indian roads. Youngsters always have this zeal to drive their vehicles very fast and end in losing control of the vehicle, which not only puts their life in danger but other people’s lives as well. There are cameras installed now, commonly known as speed detection cameras, which capture your vehicle registration number if you are above the speed limit and sends the fine at your address. This is a completely automatic procedure and the fine for overspeeding can cost you anywhere between ₹1000- ₹4000. Previously it was ₹400. The same fine complies for overspeeding if you are caught by a police officer. 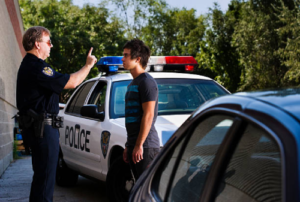 The helmet is for the safety of the rider during an accident or collision and Indians seem to avoid wearing it in many cases. It is high time for the people to understand that it is not a source for traffic police to earn a fine, but it is for their safety and health. With stricter traffic laws coming into action, there is a hefty fine of ₹ 2000 for both rider and pillion (previously ₹100) depending on your city, for not wearing a helmet, if you are inspected by a police officer. And it could also lead to suspension of your driving license for 3 months. 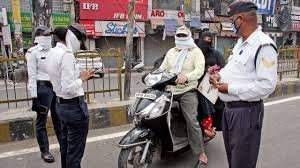 Another major cause of accidents, this generally happens when people are usually in hurry. If caught, you are liable to pay anywhere between ₹1,000-₹5,000 or 6 Months to One year in prison. The fine for jumping traffic signals previously was ₹100-₹500. We encourage you to never break the traffic signals unless in case of serious emergencies. 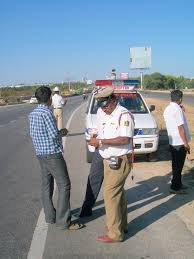 Overloading can often lead to disbalance of the vehicle and later causing accidents. If you are caught overloading passengers in your two-wheeler by a police officer you are viable to pay ₹2,000 or there would be license disqualification. The fine for overloading previously was anywhere between ₹100-₹500 depending upon the state. 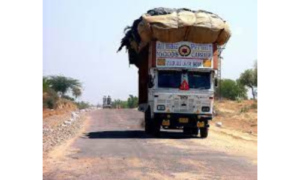 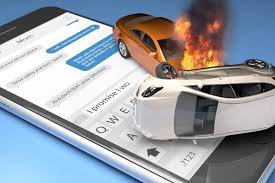 A Major cause of most deaths and accidents on road without a doubt, even if you are caught with alcohol from the detector, you are liable to pay a hefty fine of ₹10,000 or even imprisonment up to 6 months. It increases up to ₹15,000 and 2 years of jail for repetitive violation. We highly encourage you to avoid driving whenever under the influence of alcohol, this is not only important for your health but also for other people on road. 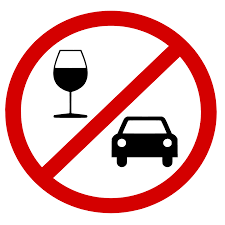 If you under the age of 18, and you are caught driving by a police officer you are viable to pay a hefty fine of ₹ 5000 and he also has the authority to seize the vehicle. We encourage our young readers to wait for the correct time and age to learn driving as everything has its correct time and age.

Violating road regulations like parking at the wrong spot, standing/stopping at the no stopping zone, honking in a silent zone, among other traffic laws, could lead you to pay a fine anywhere between ₹500-₹2000 depending upon the state, to the police officer.

Also, if you are planning to purchase or sell a second-hand two-wheeler from a trusted and  genuine source, with all the complete documents and insurance, do not forget to check out www.motorbhai.com for the best deals possible for your bike & from their wide range of two-wheelers which are inspected in each perimeter.

With this, we hope we would have informed you about different scenarios in which a police officer can fine you. We urge you all to follow traffic rules and keep the above-mentioned points in mind while riding to avoid paying hefty fines to the Traffic Police, and we must understand that these laws are meant for our safety only, and hence we must abide by them as a responsible citizens.

Also, if you think we have missed out on any crucial point or you would like to give any kind of feedback, please feel free to mention them in the comments section below, as your feedback is very important for us.

You can definitely check out more of our articles here.

With this, we would like to end this article here, Till then stay healthy and ride safe!