Why are there too many two-wheelers on the road?

Uncategorized Why are there too many two-wheelers on the road?

Why are there so many two-wheelers on the road?

Ever wondered why do you find yourself stuck in a traffic jam so often? Or why there is a long waiting period on your favorite bike when you book one? Or why is it that there is long waiting for the service of your two-wheeler when you go to a service center? Well, to answer all these questions we would be discussing today on a topic i.e., why are there so many two-wheelers on Indian roads.

Welcome to MotorBhai, a one-stop place for buying and selling trusted second-hand two-wheelers and we welcome you all to yet another blog. Today we would be talking about why India is the second-largest two-wheeler market in the world after China, and what are the contributing factors. So, without any further delay let us get started.

With the growing population, the demand for two-wheelers or any other thing is bound to increase & as we already know, India constitutes for almost 18% of the world’s population and is only second in terms of population after China. And as far as we know about the bike craze in India, it is not a surprising fact that bikes sell so well here. 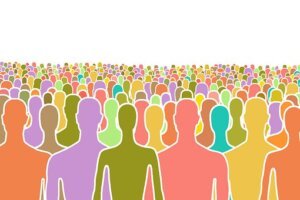 The lower-middle-class families of India who cannot buy a four-wheeler have to settle for two-wheelers and usually the choice is bikes as they have greater reliability, compared to scooters. And this scenario is usually seen in small cities. So, this also contributes to a significant number of sales of the bikes, moreover some small cities do not have the infrastructure and roads for driving four-wheelers hence, two-wheelers become the only option left. Two-wheelers have easier financing as well as compared to two-wheelers. 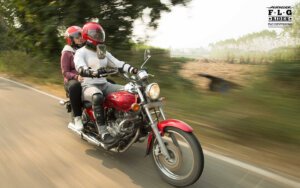 Many people prefer to keep more than one motorcycle, rather than a four-wheeler as it is their hobby and while there is nothing wrong with it, but obviously it contributes to many two-wheelers on Indian roads. Also, nowadays there are various reasons for which motorcycles’ popularity in India are shifting from affordability to leisure.

India is a warm country if we exclude the northern regions, and this makes riding a two-wheeler much easier, comfortable, and more hassle-free as compared to a four-wheeler. Hence they are more suited to Indian climate. Moreover, the cost of maintaining a two-wheeler is much cheaper too. 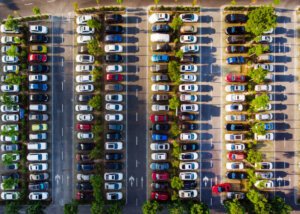 With two-wheelers, you do not have to worry about parking issues which as much it is a hassle with four-wheelers, and hence two-wheelers also become the choice of people who are tired of issues like these. And hence they prefer two-wheelers, moreover, it is much easier to pass a traffic jam when on a two-wheeler, hence time saved! 😀

So, these were a handful of reasons why two-wheelers are incredibly popular on Indian roads, and we feel they have a special attachment to the culture of India as well. And that is why are there so many of them, and why people still prefer them over any four-wheeler. If you have any thoughts regarding this topic, feel free to add on by mentioning them in the comments section below!

We would like to end this article here, and do not forget to check out MotorBhai if you are looking forward to selling or buying trusted second-hand two-wheelers at the best price.

We would see you in yet another article soon, till then please stay safe & ride safe!